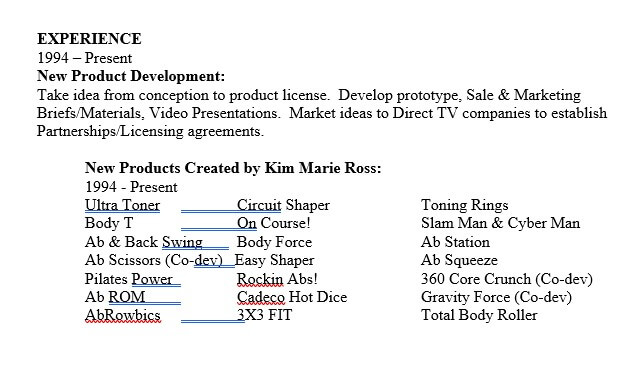 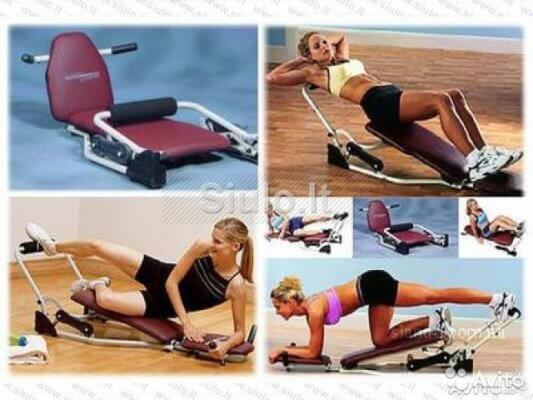 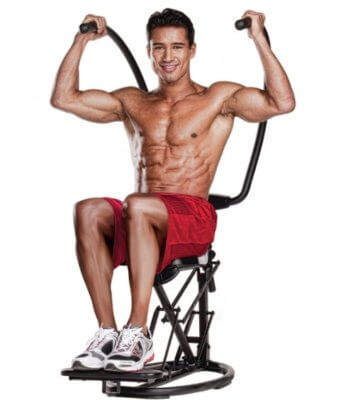 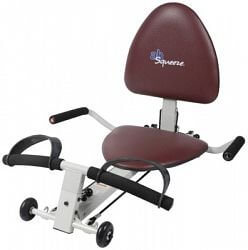 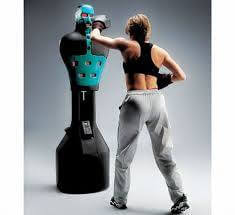 A bit of personal background in Fitness Product Development now 25 years. Everybody has an idea. Maybe this will inspire you or maybe you will think twice. :} I also wanted to share just a few of the fitness machines that I successfully launched into the market. (Ab Scissors was developed by three of us (inventors) collaborating)

HOWEVER, successfully launching into the market does not by any means mean they were successful. There are a handful of them that did VERY well, a handful that did moderately well and a handful that fell flat in the launch & crashed quickly. It is a risky biz. One very expensive failure was my Pilates Power machine. Expensive to produce!!! While I licensed most of what I created, the prototypes and patent work alone was many thousands.

It launched on QVC and failed in it’s debut. That was the end of that. It can crush you. So, you have to know what you are up against and if you are ready for that type of risk when bringing your idea to market. This machine was was just a few years premature. Somebody else came out with something similar just a few years later and it did well for a time. If I resurrect anything, it will be that machine. I have my original prototype in storage as a reminder. Insane workout!

Here is one example of one expense if you decide to manufacture on your own (vs licensing), the tooling alone for the new 3X3FIT Total Body Roller was 25K. I didn’t even begin to bring in a profit until I hit well over 1000 units sold. Never mind the attorney patent work (thousands). One manufacture issues and it can set you back years.

I had shared in previous post that at one point not too many years ago, I had manufacture issues and had to sell all my expensive jewelry, close out my retirement and sell anything I had of value. It was all during the time of the market crash so I also lost everything in two pieces of real estate investments. God was teaching me something big at that time. I have and will be forever humbled by those years of just scraping by.

I took my last $500 I could spend and threw it at Facebook in April 2018 taking one final chance on 3X3FIT to see if I could avoid getting a 9-5 job (only had one of those before age 21). Praise the Lord, it hit. And, while it may seem the rest is history. NOT. My biz is not immune to the ups and downs of the fitness industry (summer is tough! No paychecks coming my way in the summer time.). And, certainly I or anybody else will ever figure out Facebook as we throw our money in daily to try to convert our ad spend to sales. Tough biz. But, God has me in it for a purpose so while some days when I am just simply exhausted by it and want to throw in the towel, He reminds me why He put me in charge of it.

One of my highlights I can share that might be of interest to you is that Lori Grenier and I were in many “Problem Solver” shows together on QVC. We were both newbies. I got to know her when she was just so down to earth and not at all the polished biz woman she is today. She is a marketing genius. She would be my pick if I get on Shark Tank. I also met and negotiated many deals with Kevin Harrington (with one getting to market) who was one of the original Sharks in the tank.

I got to know potsie (from Happy Days)….Lou Rawls, met Joan River and her dog and many more celebs hanging out in the green room.

And, a gal named Kathi Peters out of the blue just recently posted a comment on one of my posts that she loved being one of my fitness models for me on air (QVC) and she remembers me witnessing the gospel in the Green Room. You can’t shut me up!

Some good memories. I hope and plan to partner or sell part of 3X3FIT one day to a company who has a team of amazing instructors who are equally as passionate about it as I am. I will always keep my hand in it, but there is a bigger company that can take this much further than me. I am confident that God will show me that company when His timing is right. For now, I am content.

Thank you for allowing me to share!
God Bless,
Kim

3X3FIT isn’t just another workout product.  It’s a new exercise method.  We believe in low impact and varying intensity workouts…but our goal is to strength, cardio and stretching exercises in a functional activity that is fun, easy and produces results.

3X3FIT started by Kim Marie Ross was designed for everyone from 18-80. The patented weighted rings combined with resist/assist tension cords produces an entirely new exercise method that anyone can do.